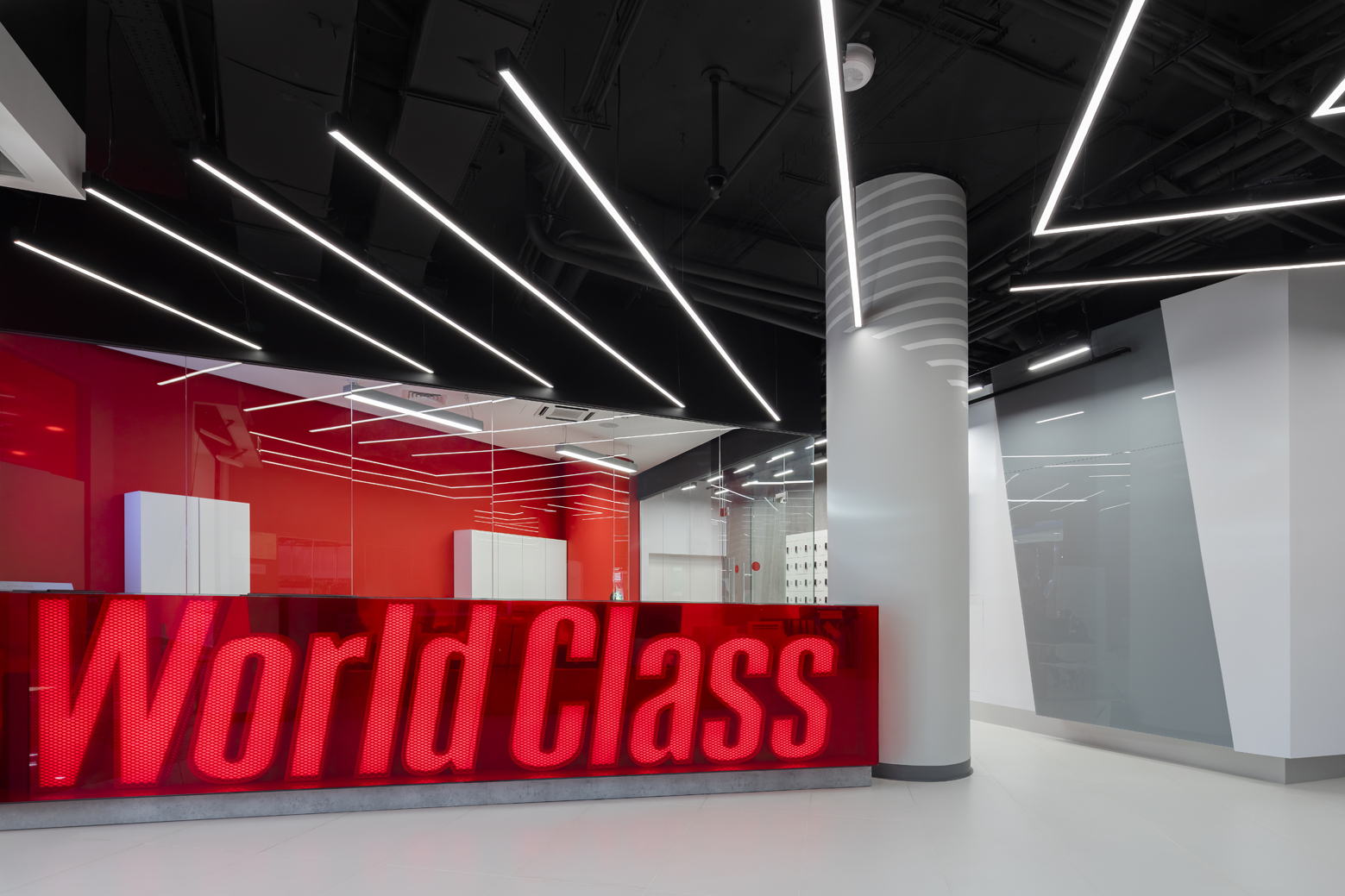 Living in the city is a constant motion, rhythm and high speeds, plenty of lights, vivid colours, sound and events. Living in the raw is a beauty, tranquility and harmony with visual environment. These two dissimilar environments, supplying the human an energy, are combined in the new look of WORLD CLASS fitness center. Textures of wood and natural stone and plenty of greenery give a sense of jogging outdoors. Rhythmic geometry, large bright prints and unconventional navigation solution maintain the tone of the city.

Gym, swimming pool and studios are separated structurally, but combined visually by the system of mirrors on walls and ceiling and also by semitransparent partition-walls. Such a solution allows maintaining its own microclimate in every room, ensuring a sound insulation, but maintaining a sense of large open space. The theme of development in motion passes through the whole club with spectacular stylized images of athletes, continuously changing the tone of interior due to variable diode background lighting.